Issues with The Women's Health Initiative

Much of the misinformation surrounding hormone treatments is based on the 2002 Women's Health Initiative study conducted by the National Institutes of Health. Many experts have raised concerns about the far reaching conclusions of the study.

The article below from the International Menopause Society says it best.

The Women's Health Initiative Study and Hormone Therapy: What have we learned 10 years on?

In July 2002 the publication of the first Women's Health Initiative (WHI) report caused a dramatic drop in Menopausal Hormone Therapy (HT) use throughout the world.

Now a major reappraisal by international experts, published as a series of articles in the peer-reviewed journal Climacteric (the official journal of the International Menopause Society), shows how the evidence has changed over the last 10 years, and supports a return to a "rational use of HT, initiated near the menopause".

The reappraisal has been carried out by some of the world's leading experts in the field, including clinicians who worked on the original WHI study. Summarizing the findings of the special issue, authors Robert Langer, JoAnn Manson, and Matthew Allison conclude that "classical use of HT" - MHT initiated near the menopause - will benefit most women who have indications including significant menopausal symptoms or osteoporosis.

Dr. Robert Langer, Principal Scientist at the Jackson Hole Center for Preventive Medicine, Jackson Wyoming, was the Principal Investigator of the WHI Clinical Center at the University of California, San Diego. He said: "with 10 years hindsight we can put the lessons learned from the WHI HT trials into perspective. In some ways we've come full circle - studies in recently menopausal women that suggested protection against major diseases led to testing whether that would carry over to older women who have even greater risks of heart attacks and fractures.

That hope proved false. Unfortunately the results were wrongly generalized back to women like those who inspired the study. Information that has emerged over the last decade, shows that for most women starting treatment near the menopause, the benefits outweigh the risks, not just for relief of hot flashes, night sweats and vaginal dryness, but also for reducing the risks of heart disease and fractures".

"Overgeneralizing the results from the women who were -- on average -- 12 years past menopause to all postmenopausal women has led to needless suffering and lost opportunities for many. Sadly, one of the lessons from the WHI is that starting HT 10 years or more after menopause may not be a good idea, so the women who were scared away by the WHI over this past decade may have lost the opportunity to obtain the potential benefits."

Professor JoAnn Manson (Harvard Medical School and Brigham and Women's Hospital, Boston, MA), who has been one of the WHI Principal Investigators since the study started, said:

"An important contribution of the WHI was to clarify that, for older women at high risk of cardiovascular disease, the risks of HT far outweighed the benefits. This halted the increasingly common clinical practice of prescribing HT to women who were far from the onset of menopause.

Unfortunately, these findings were extrapolated to newly menopausal and healthy women who actually had a favorable benefit: risk ratio with HT. The WHI results point the way towards treating each woman as an individual.

There is no doubt that HT is not appropriate for every woman, but it may be appropriate for many women, and each individual woman needs to talk this over with her clinician".

The authors note that the initial press reaction, following the lead of the WHI press release, over-emphasized a relatively small increase in breast cancer, so distorting the overall view of the report.

"It is important to put the results of the WHI trials into context. That is, being obese, not exercising or excess alcohol consumption confer higher absolute risks for breast cancer than HT use." 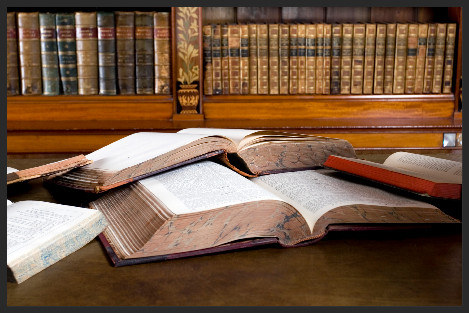